"Of course, similarity in appearance is an important factor in portrait painting. Certainly painting as I practice it. In that respect, I am firmly rooted in the Dutch Tradition. But there is more, I want to add something to the image. In my paintings I strive to show the viewer a glimpse into the inner world of my fantasy. ”

Marcel Rozenberg was born in 1953, Indonesia. He lives and works in Schiedam.

As with so many painters, Marcel's drawing talent presented itself early on.

It was therefore not surprising that in 1970, after graduating from high school, he chose the Academy of Visual Arts in Rotterdam, where he studied Drawing and

painting. His artistic interest at that time was mainly in advertising.

This is why, after successfully completing his studies at the Academy, it was obvious for him to to become an illustrator. From 1975 onwards he focused on illustrative painting. Marcel's paintings have been published in countless domestic and foreign magazines, including Playboy Magazine USA, Netherlands, Penthouse Magazine USA, Germany, Netherlands, Psychology USA, Readers Digest USA. His work also includes many book and CD covers for Philips Digital Classic Music, as well as numerous advertising assignments for Shell, BMW, Artis, Aegon, KPN, Canon, etc.

He was a co-exhibitor in the Stedelijk Museum in Amsterdam and at the Dutch Illustrators Club. At these exhibitions he won first prizes in 1987 (2x), 1988 and 1989. He received a silver Award twice (1987 and 1988) from the Swiss Art Directors Club.

In the USA he received an Award of Excellence from the distinguished magazine Print. After this he mainly focused on portrait painting and there was also room for autonomous work. They are mostly surrealistic, detailed scenes painted with precision.

The paintings are made in oil on panel and canvas. Since 2000, he also ventured in Photography.

Marcel Rozenberg's work can be seen at Art Gallery Voûte in Schiedam, by appointment.

Reflection through the ages of Geisha and Harajuku. Oil on panel. 90x 60 cm.

The symbols in the painting Coffee. The Christian missionaries in Africa used the Bible to spread the gospel, which is  symbolized by the black woman in a Christian robe. The hummingbird represents freedom. The coffee is used as a metaphor for our enjoyment. 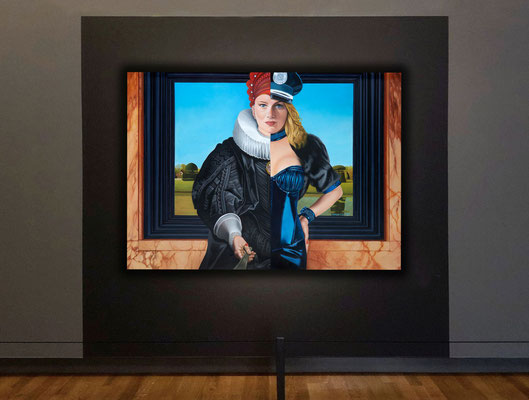 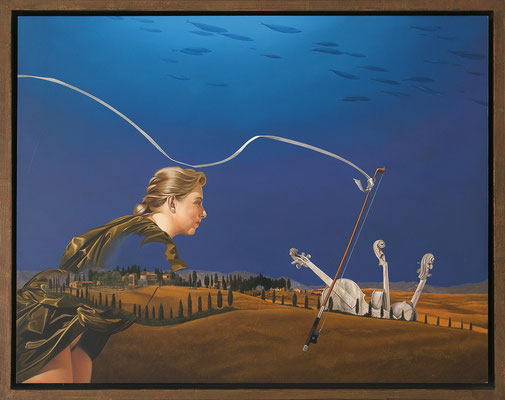 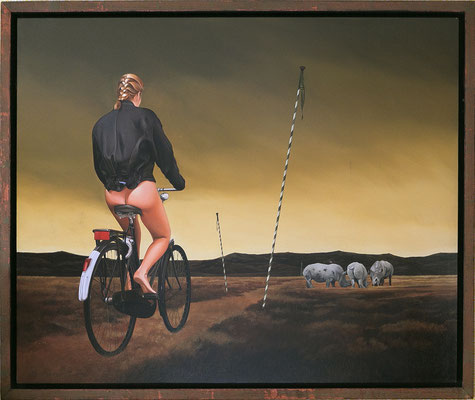 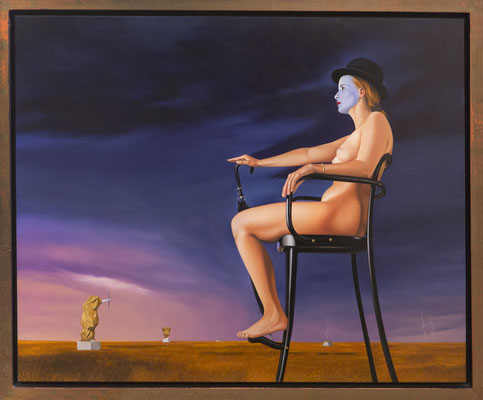 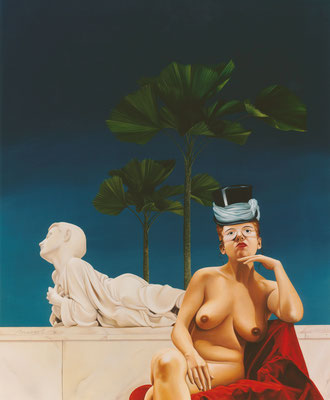 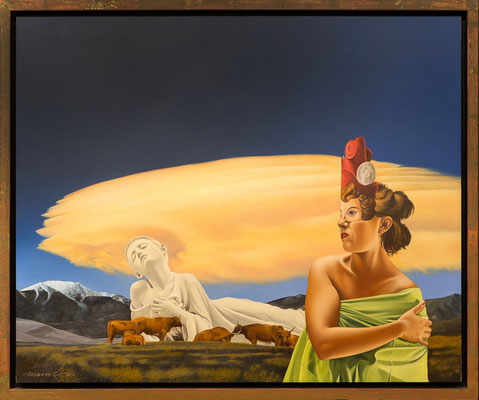 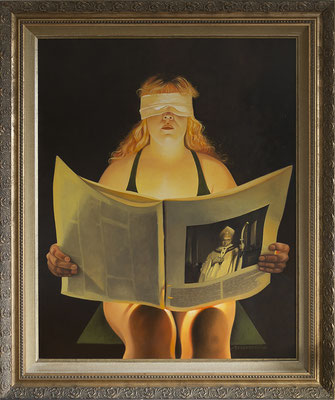 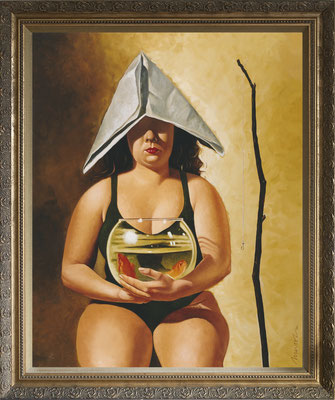 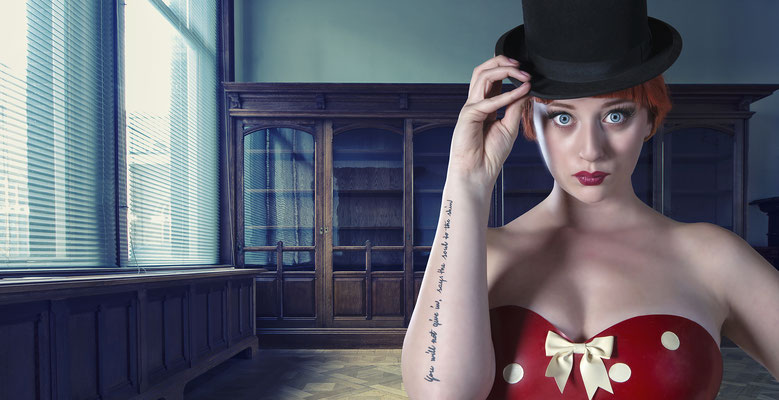 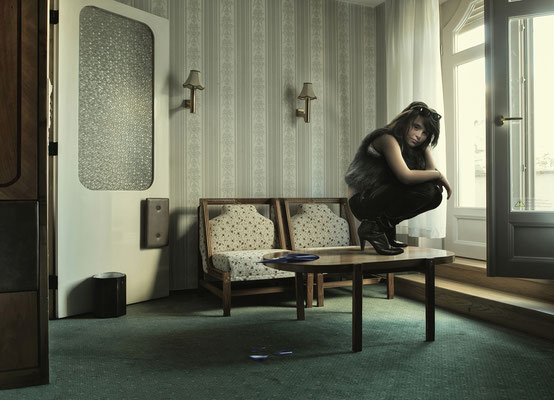 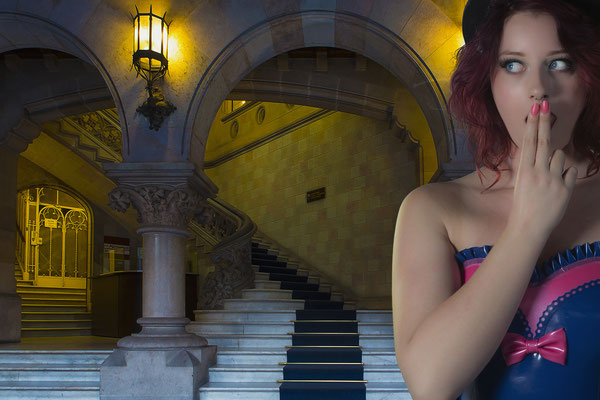 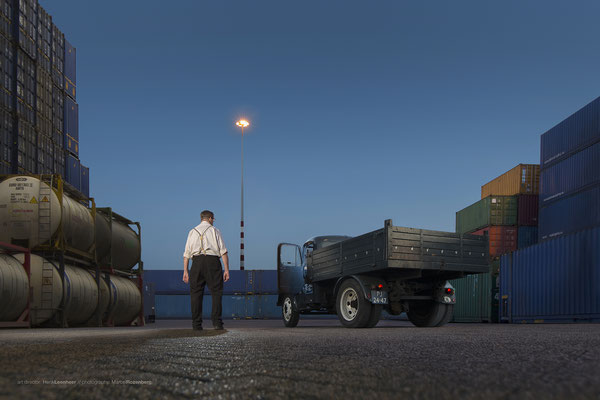 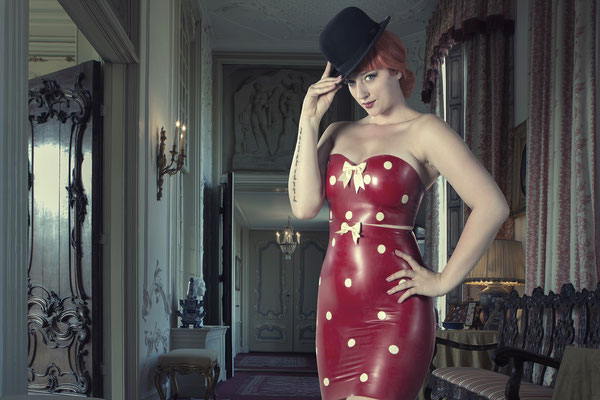 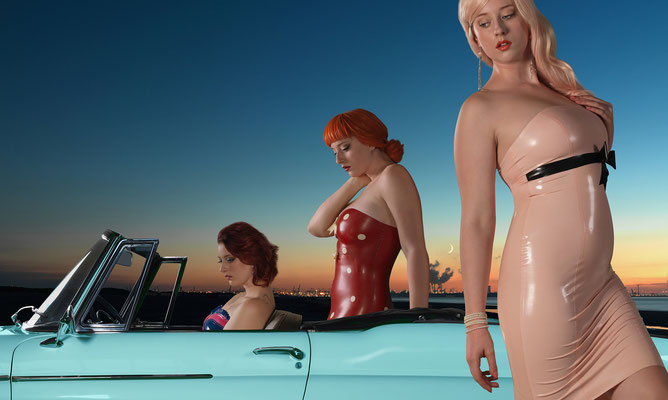 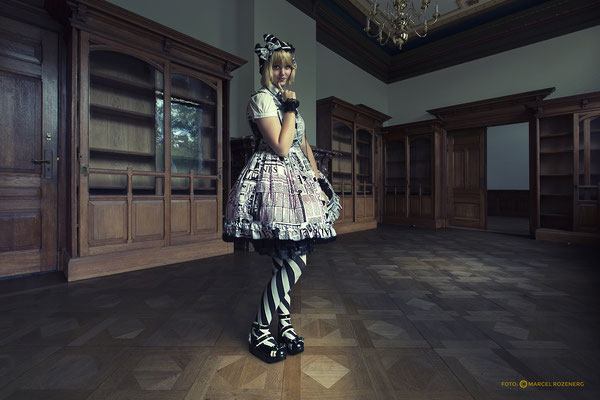 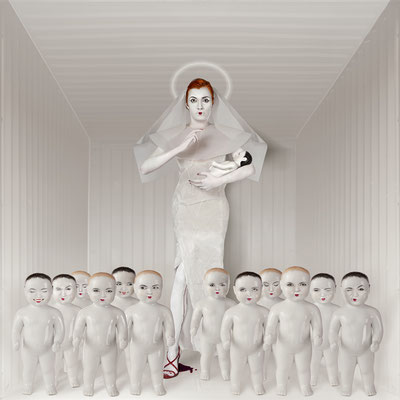 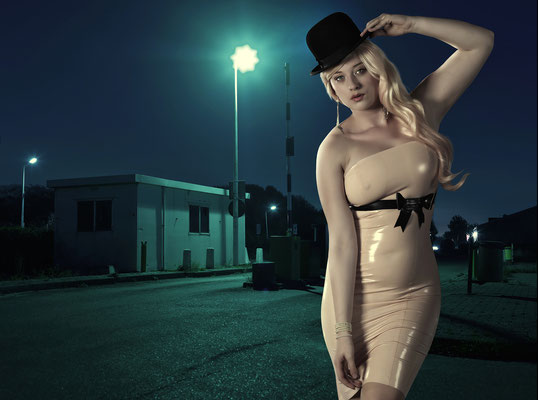 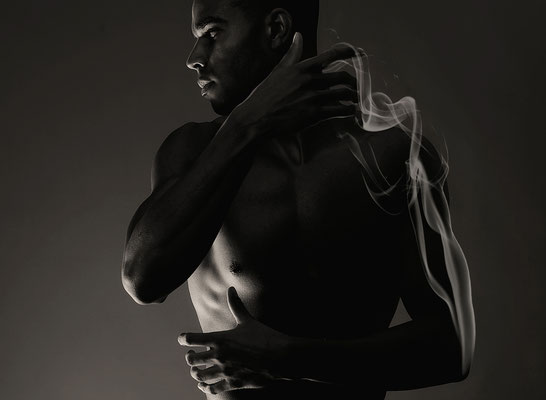 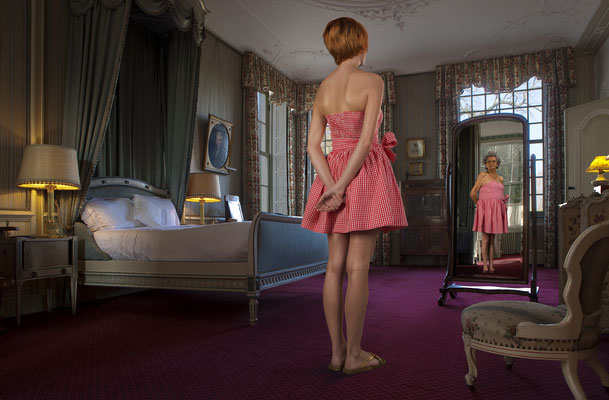 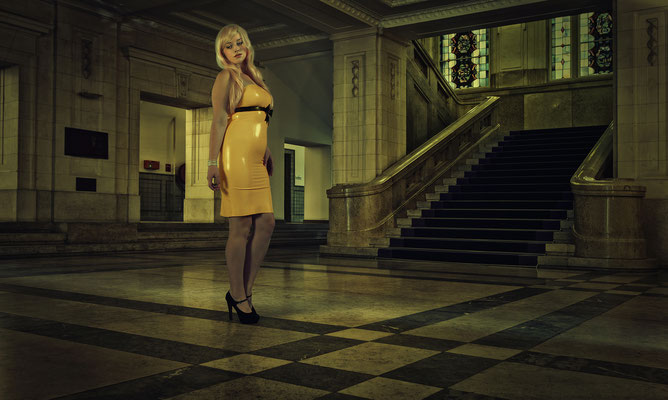 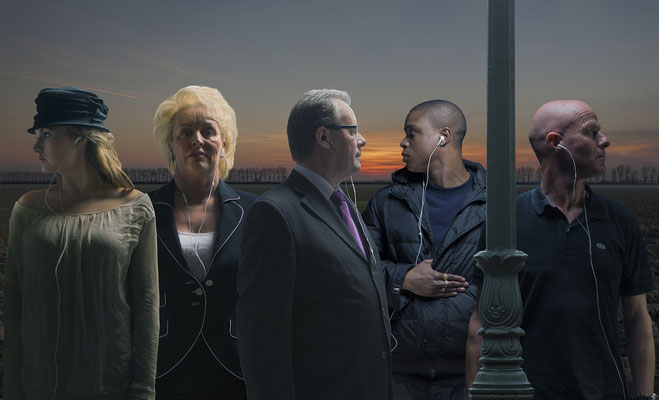