Tos Kostermans was born in Haarlem, the Netherlands. At the early age of 10 he was already following art classes given by painters from Haarlem. What began as a hobby increasingly became more serious until he became a professional. He began by painting in an impressionist style which later became more realistic. Now, in his near photographically realistic paintings, you can still see the impressionist touch. Tos describes his style as imprealism. The paintings are very colourful and strong in contrast to enhance the light in his paintings. Kostermans specialised himself in portrait painting.

Initially he painted individuals but later he turned to family portraits. For his portraits Tos travels all over the world. His other works deal with life in general. In these paintings he wants to show the hilarity of the world and paints with humour. Some of the paintings have an historical aspect. At the moment Kostermans also paints landscapes, still lifes and portraits in the impressionistic style that he used 40 years ago.

Click on the photo to enlarge and to receive more information. 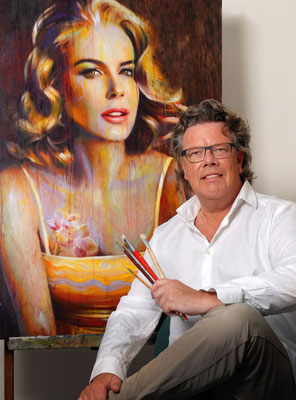 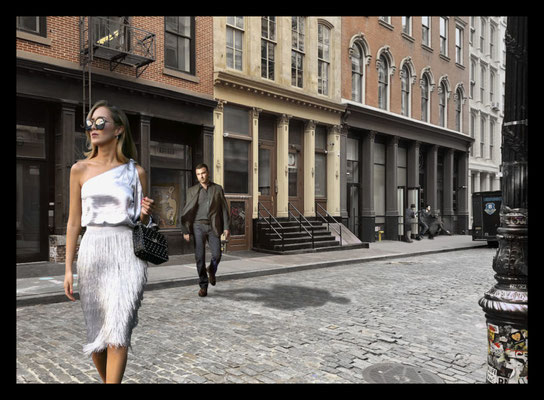 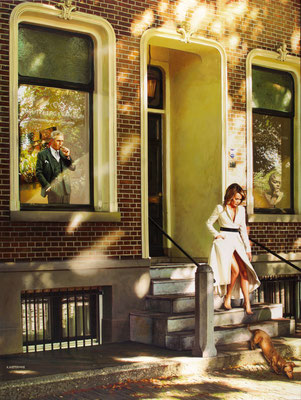 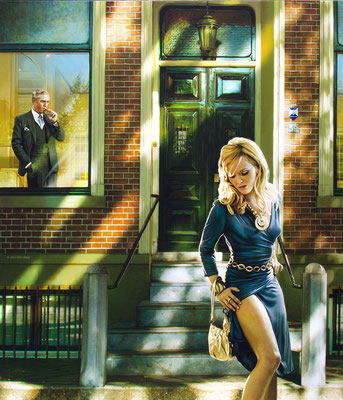 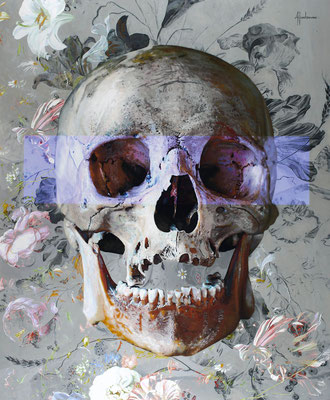 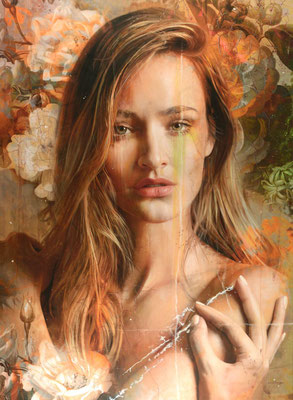 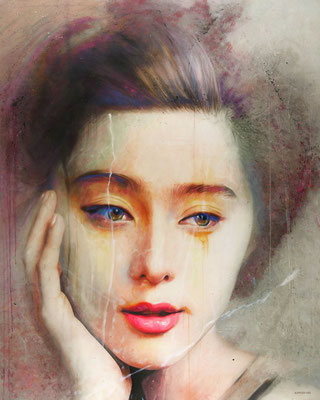 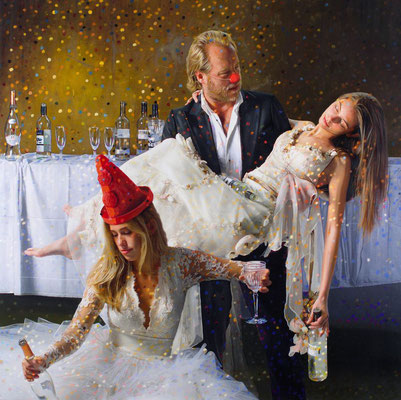 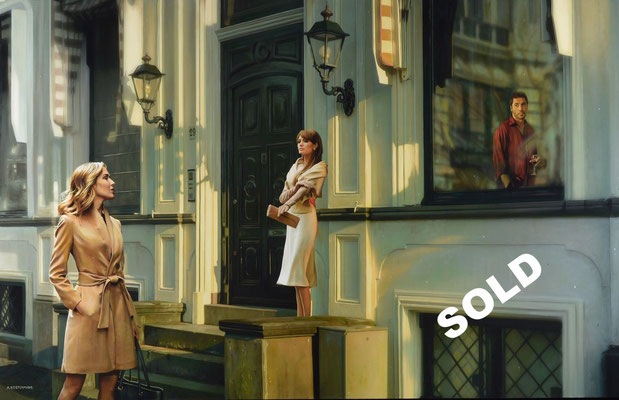 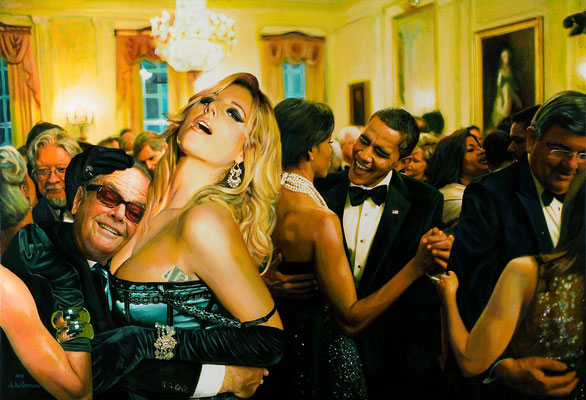 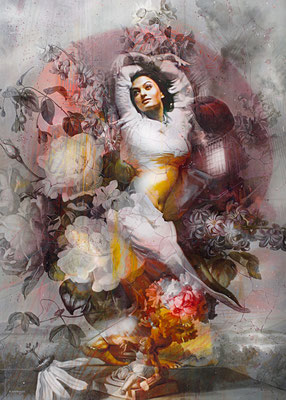 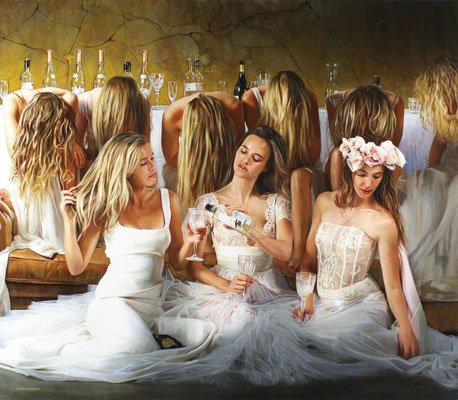 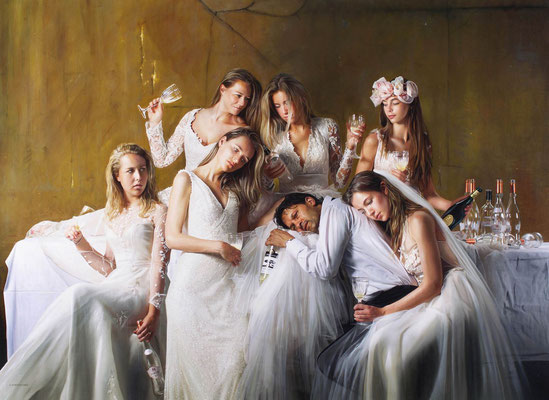 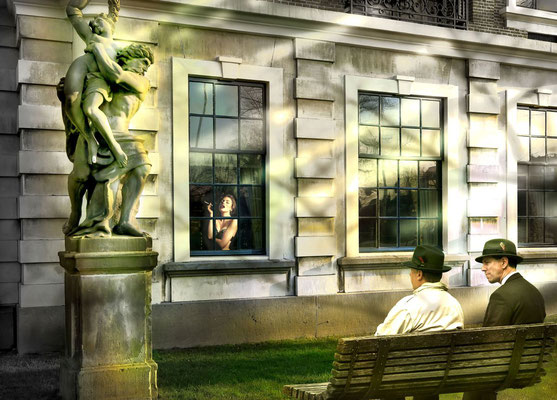