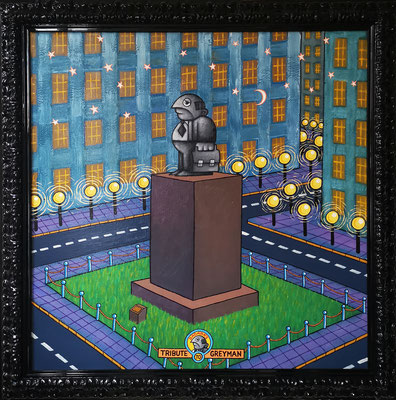 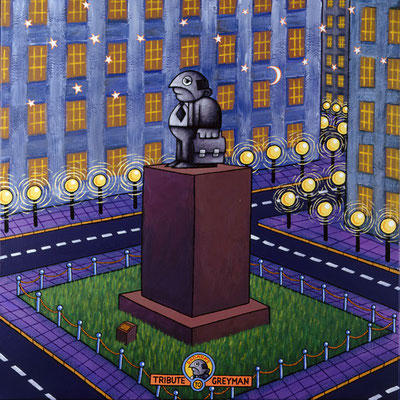 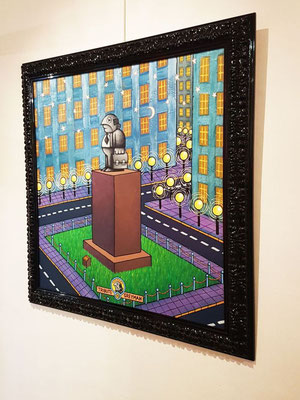 After finishing high school in 1986, Dadara briefly studied mechanical engineering at the Delft University of Technology, after which he studied at the Free Academy Psychopolis in The Hague, the Academy of Industrial Design in Eindhoven, and the Academy of Visual Design in Genk (Belgium), before graduating from the Willem de Kooning Academy in Rotterdam in 1992.

After completing his studies Dadara started to design flyers, record covers and live-paintings for the then upcoming international electronic house music scene. This included work for the RoXY club in Amsterdam, Outland Records and the Mystery Land festival. His underground exposure led to public recognition and his paintings became noticed by the Reflex Modern Art Gallery in Amsterdam. Until today he has held ten solo-exhibitions there, as well as exhibitions in Paris, Berlin, Stuttgart, Miami and New York City.

Commissions by clients include baby-shaped loudspeakers for B&W, an Absolut Vodka ad, a Greenpeace campaign, an invitation as artist for Expo 2000 in Hannover and a 70 meters long mural for Leiden University in the Netherlands.

In the past 10 years, Dadara focused mainly on both large interactive art projects and paintings. The common thread throughout most of these works is that they provide a commentary on contemporary society. Topics include on one hand governmental control, lack of transparency, privacy issues, and regulations, and on the other hand value creation, money, and dreams.

In 1999 Dadara built his first big public sculpture: the 9 meters high Greyman Statue of No Liberty in front of the Rijksmuseum in Amsterdam. This marked the beginning of the production and design of more big public pieces. Over time they became more interactive, combining theatrical aspects with the use of multi-media.