"I don't follow trends, I seek to create them"

"Those who don’t know her history, however, cannot escape the attraction, the fascination and engagement exercised in those large canvas, from where the colors emerge, sensitive in its shades of gray, white and black (...)".

Nini Andrade Silva is one of the most prestigious interior designers in the world. Born in Funchal - Madeira Island - Nini graduated in Design at the Institute of Visual Arts, Design and Marketing (IADE) in Lisbon, and simultaneously pursued her academic and professional experience abroad, where she studied and worked in New York, London, Paris, South Africa and Denmark. Nini's work has international recognition, having put the name of Portugal alongside the biggest and best designers in the world, being the creative mind behind multiple hotels

The universe of an artist is always characterised by aesthetic and territorial references. This applies to Nini Andrade Silva, who in Banana Prata Madeira, a masterpiece created exclusively for Bordallo Pinheiro, forming part of the official commemorations of the 600th anniversary of the Discovery of Madeira, draws inspiration from the vast geographic territory where she was born. 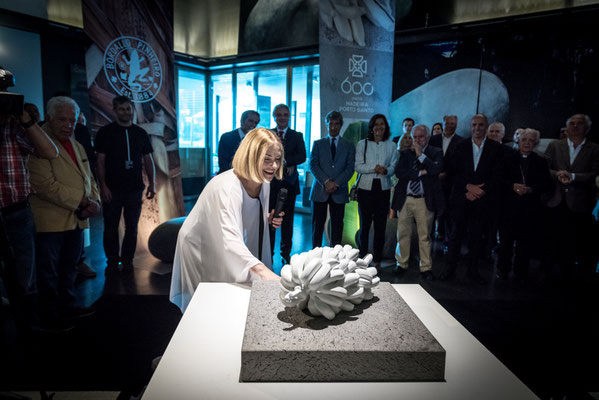 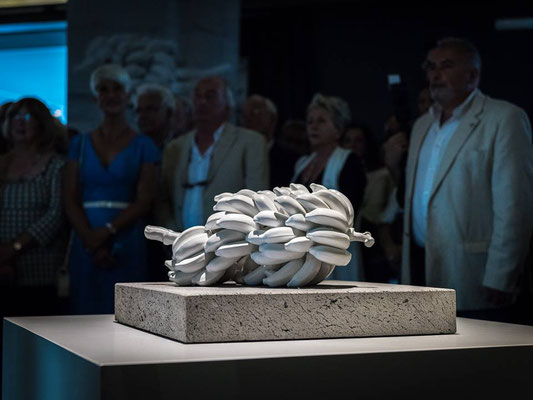 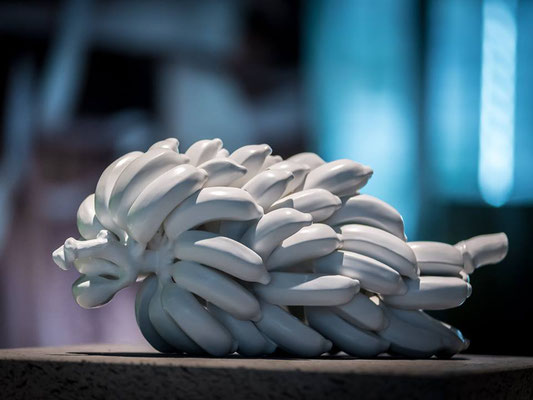 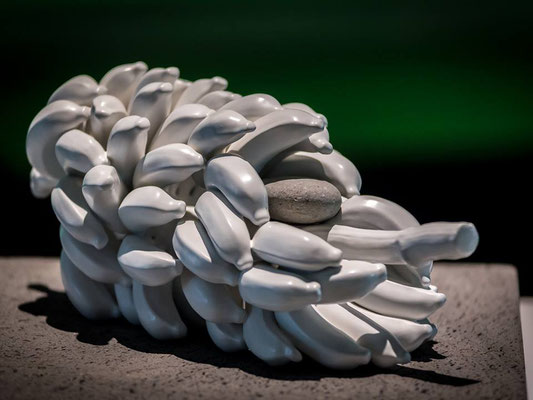 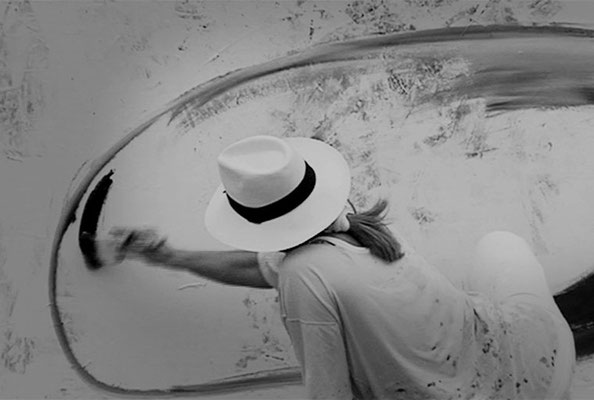 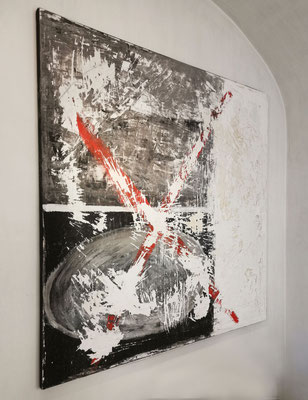 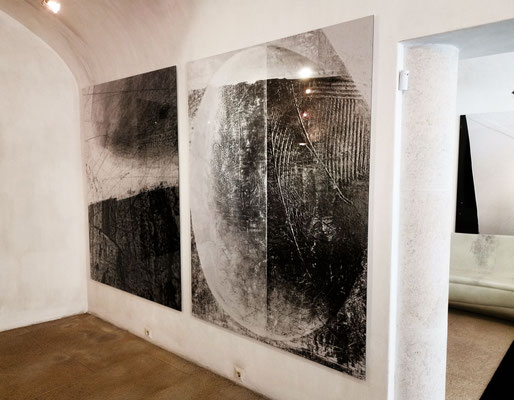 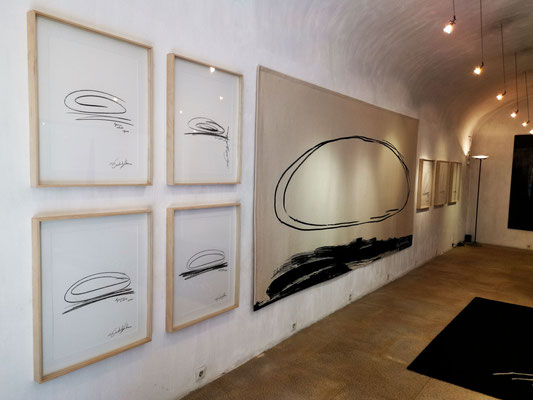 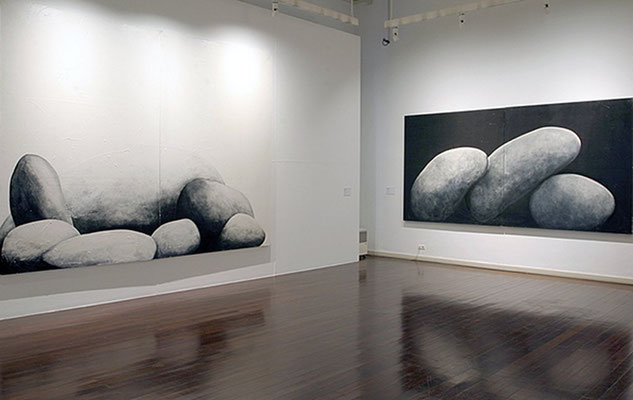 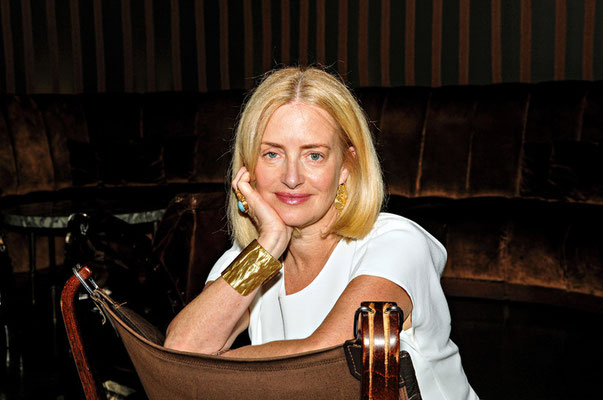 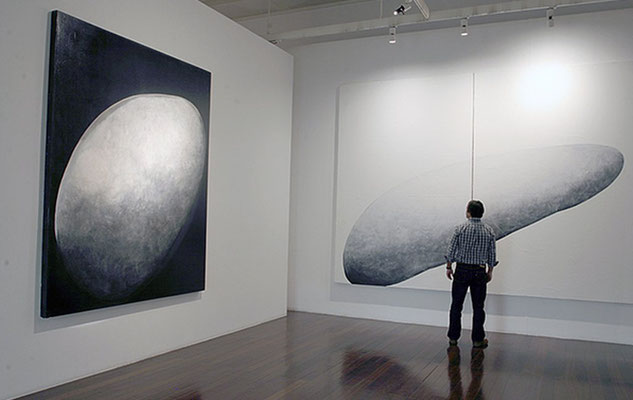 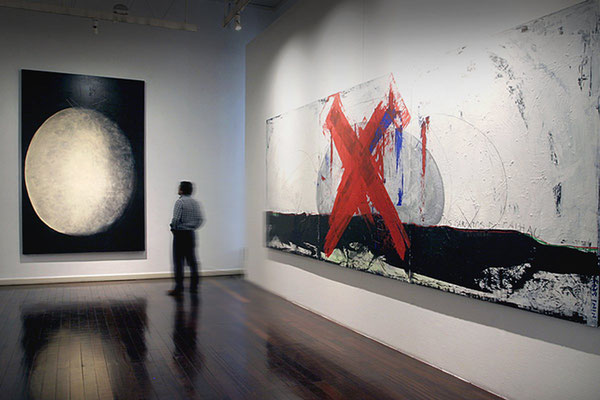 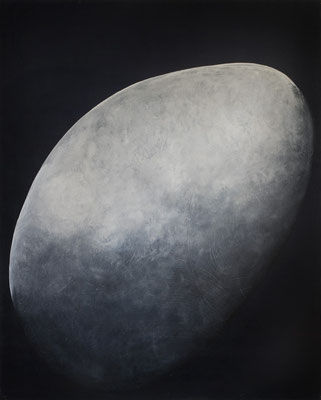 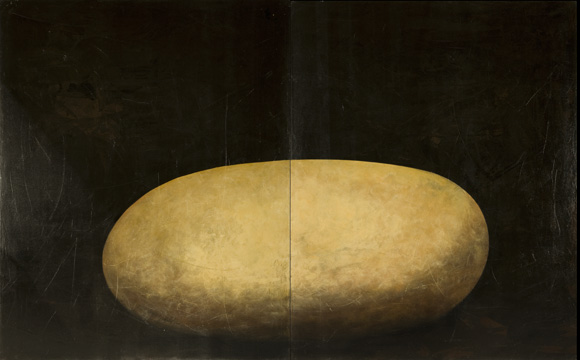 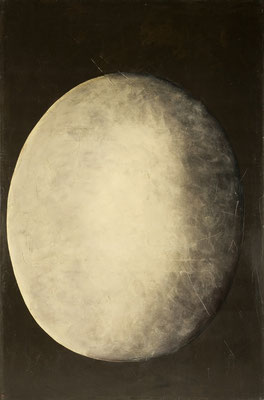 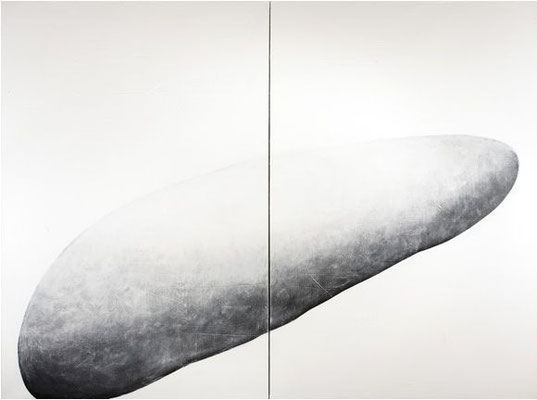 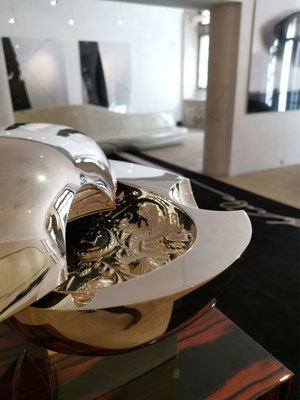 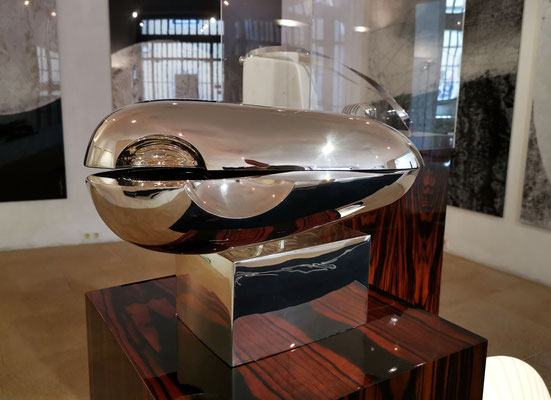 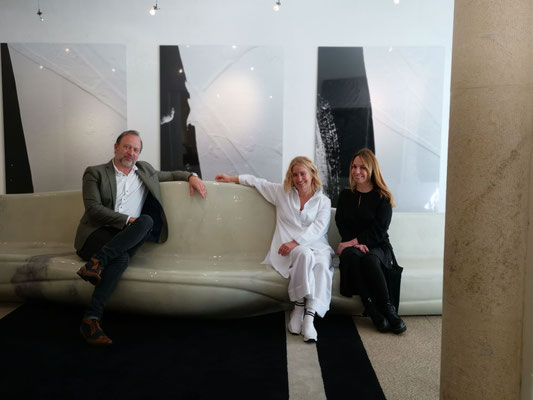 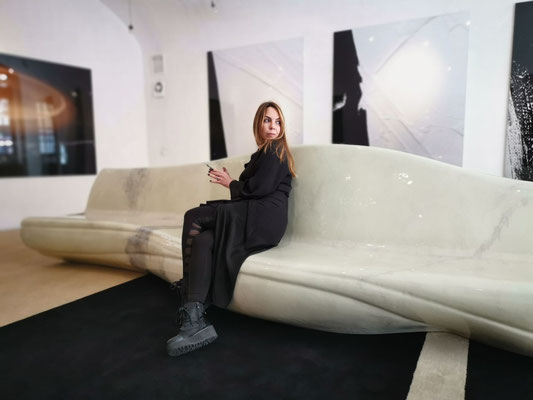 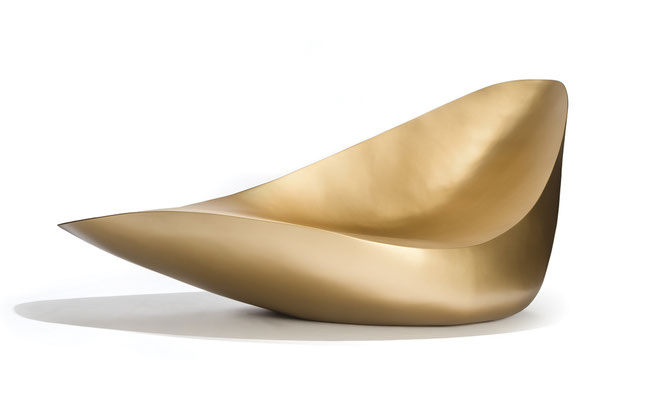 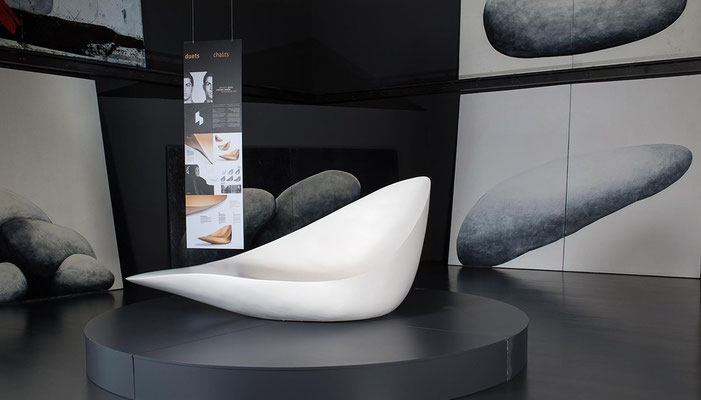 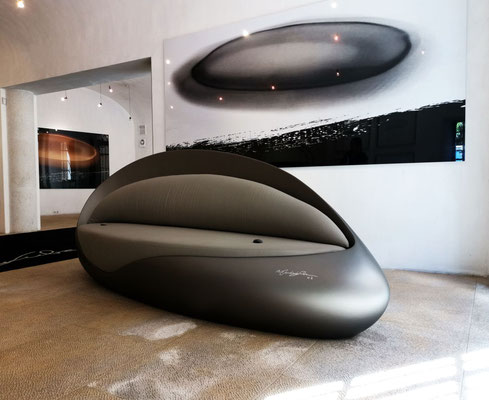 Nini Andrade Silva is one of the most prestigious interior designers in the world. Born in Funchal - Madeira Island - Nini graduated in Design at the Institute of Visual Arts, Design and Marketing (IADE) in Lisbon, and simultaneously pursued her academic and professional experience abroad, where she studied and worked in New York, London, Paris, South Africa and Denmark. Nini's work has international recognition, having put the name of Portugal alongside the biggest and best designers in the world, being the creative mind behind multiple hotels. With an impressive work across the world, Nini have seen several times her work distinguished and becoming a constant presence in prestigious publications worldwide - New York Times, Financial Times, Harrolds, Condé Nast Traveller, Rolls Royce Excellence Guide, Wallpaper, Monocle, among others.

As a result of this recognition, last June 2011, Nini was distinguished by the Portuguese Government with the Honoured Title “Grau de Oficial da Ordem do Infante D. Henrique”, by her rendered outstanding service to Portugal, within and abroad.  Nini is also an international consultant for IADE, thus integrating the panel of guest lecturers to the School of Design, and received IADE CAREER AWARD 2010. Recently she was appointed as Cultural Ambassador by Guimarães 2012 - European Capital!

In pursuing her passions the designer dedicated herself over the years to "discover worlds to the world." In the last Twenty years Nini has travelled to several different countries, among many other journeys in which she socialized with the locals, learned their culture and that of most genuine was added to her work, incorporating multiculturalism and transversality in the art that so well characterizes her work and that distinguishes it around the world.  Nini  has left her mark in various areas of society both academic and professional, reason because she's often asked to be speaker at various conferences, lectures and debates. The invitations come from different areas such as Universities, Cultural Institutions, TED Talks, Fairs, Seminars, and so on.

In parallel to her trajectory as an acknowledged international architect of interior and design, Nini embraced two great passions, painting and helping the needed. Nini's paintings is included in one of the largest collections of Contemporary Art in the world - Berardo Collection - and is presence in museums around the world, namely in Portugal, Ireland and New York. The brand image "Girl of the Pebble," is used to help children and is associated to a reminiscence of the designer childhood, since this is the name by which were known the children in need of Funchal.

Currently, Nini is involved in numerous projects all over the world, notably in Europe, Asia and South America.

Nini Andrade Silva opened her design Centre located in Madeira Island dedicated to her career, designs and story and cultural roots of her home place. The artist's private collection is at the core of the creation of the Design Centre Nini Andrade Silva, a project constructed around a museographical speech that will enable a better understanding, in an unprecedented way, of the history and culture of Madeira Island and its strong connection to the sea. Besides documenting designer Nini Andrade Silva's career path and work, the Design Centre intends, in an active and dynamic way, to assume itself as a hub and lab of ideas, a centre for development and innovation with a specific incidence in interior and product design – a place where all the artistic expressions and thoughts can meet.

- 2013 Shortlisted into the Architecture Festival for TBH Figueira

- 2009 European Property Awards in San Diego for The Vine Hotel