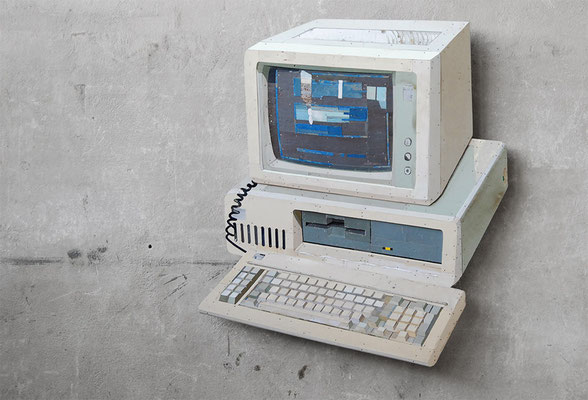 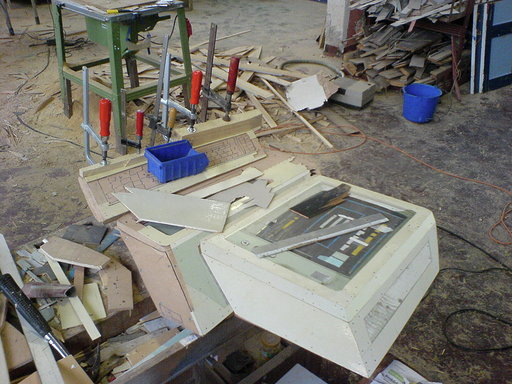 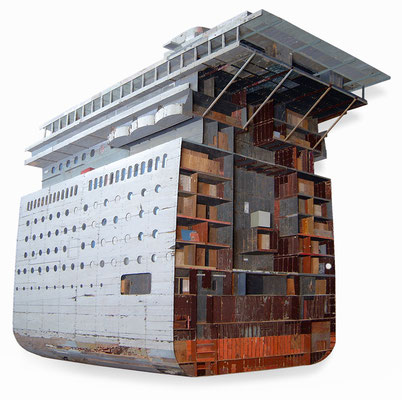 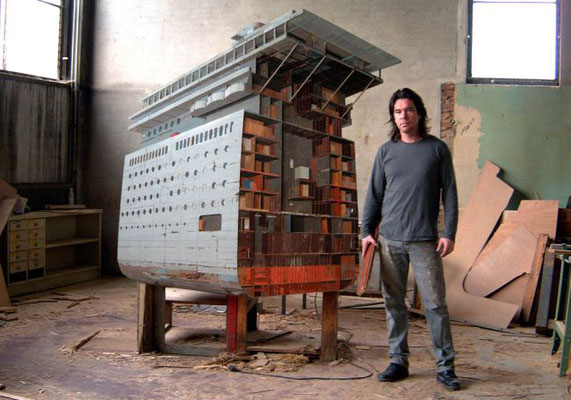 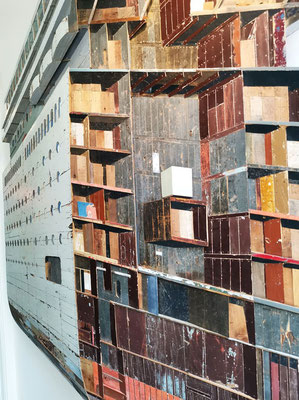 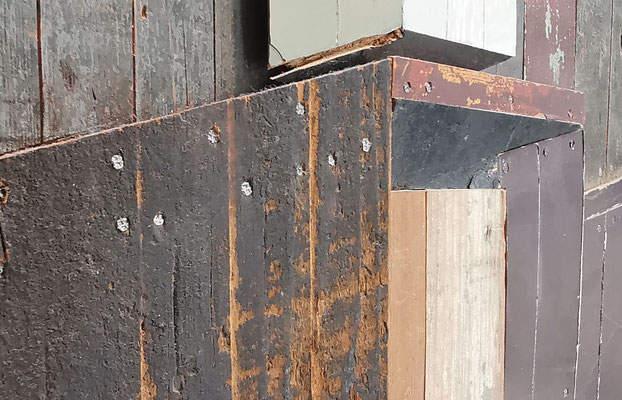 "I take ‘stuff’, trash, out of normal daily life, and deconstruct and process those real objects into standardized, usable material; then I use that material to construct representations of - well - other ‘stuff’. It is a noisy and violent rebirth, a labor-intensive process towards slowly materializing a strong and faithful afterimage of specimen which, for some reason, I feel a need to ‘see’." — Ron van der Ende

Ron van der Ende (born 1965) is a Dutch visual artist, who works as sculptor, installation artist, and video artist. He is known for his monumental bas-reliefs, depicting objects such as cars, buildings and space capsules.

Ron van der Ende was born in Delft in 1965 and raised in Maasdijk, Westland, where his father worked in a carpentry factory. He studied art at the Academy of Fine Arts and Technical Sciences in Rotterdam, now Willem de Kooning Academy, from 1984 to 1988. He had started studying painting, but later switched to sculpture.

After his studies in 1988 he settled as artist in Rotterdam. In the same year he co-founded the artists' collective ExpoHenK and had his first exhibition in the Rotterdam gallery Dyonisus. In 1990 he was awarded the WdKA Maaskantprijs for a 1988 wall installation made out of six wooden objects of the same size based on historical drawings.

Van der Ende continued to construct wooden objects. In 2000 he started making his famous bas-reliefs by fixing pieces of veneer on wooden base constructions. They are made out of used wood, which usually contains the original layer of paint, such as old doors and other scrap wood.

“Realism is not the ultimate goal. I want the work to be self-evident. I always loved photography in that way. I want to be like a neutral observer”

On August 12, 1981 IBM introduced its first personal computer called the IBM PC. The computer was equipped with an 8088 processor, 16 KB of memory expandable to 256 KB, and the MS-DOS operating system.

The Ship section bas-relief was based on the Costa Classica ship section. Follow the link to learn about its role in the demise of Camell Laird shipyard in Liverpool and about how it ended up in Rotterdam.

In 2002 Cammel Laird Shipyard in Birkenhead near Liverpool was building a 14 storey ship section to upgrade the Costa Classica cruise ship owned by Italian Costa Cruises. The almost 200 year old shipyard was famous in the seventies and eighties for building nuclear submarines. Contracts had dried up with the end of the Cold War, and they were looking for a way into the civilian market. This assignment looked like a promising start. When the Costa Classica was already on its way to Birkenhead to be cut in half, Costa Cruises was taken over by Carnival Cruises, an American firm. Carnival doesn’t do ship extensions, they just replace outdated ships. News reached the shipyard that the Costa Classica had made a U-turn and was now steaming back to Italy. The new owners said they had reports of faults in the section. Within months the shipyard was declared bankrupt and its workers were laid off.

“The 14 storeys high section was bought by a consortium of Dutch investors. It was scrapped in Heijsehaven harbour in Rotterdam, just opposite my studio. My bas-relief was constructed while the original section was being dismantled. I even got to visit the section before they started. The only way in was to be hoisted on top of it by a tall crane. The upper decks were nearly finished, with spaces fitted as restaurants, a discotheque and a swimming pool. Lower down were hundreds of cabins and a fully equipped engine room – all brand new. It was an eerie experience.”